Cruise Missle Built in Garage from ‘Parts Bought Off the Internet’

Posted on December 10, 2003 by Michael Froomkin

Apparently, if the BBC is to be believed, this DIY Cruise Missile is not a spoof, but a real project. 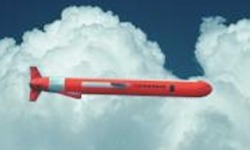 A New Zealand man who built a cruise missile in his garage claims the New Zealand government forced him to shut down his project after coming under pressure from the United States.

Bruce Simpson says he built the missile using parts bought off the internet to show how easily it could be done.

OK. This is not what I want as a present. But it's impressive.

This entry was posted in Sufficiently Advanced Technology. Bookmark the permalink.