Posted on November 27, 2003 by Michael Froomkin 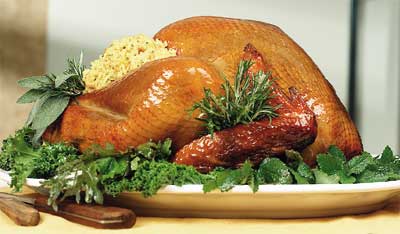 Blogging will resume Monday.
Posted in Etc | Leave a comment

Senior UK Judge Attacks US For Guantanamo Detentions Without Trial

Posted on November 26, 2003 by Michael Froomkin

'Monstrous US justice' attacked by law lord. Very, very strong words about the Guantanamo detentions from a normally reserved senior English judge: “By denying the prisoners the right to raise challenges in a court about their alleged status and treatment, the United States government is in breach of the minimum standards of customary international law.”

Lord Steyn also called the proposed military commissions “a stain on United States justice” and predicted that they would be regarded as “kangaroo courts,” which he defined as an “irregular tribunal which makes a mockery of justice.”

END_OF_DOCUMENT_TOKEN_TO_BE_REPLACED

Atrios reports that they have caught the Republican hacker who'd been purlioning Democratic memos at the Senate Intel committee. Recall that according to no less an august figure than the Chair of the committee, the publication of one such purloined memo compromised the war on terror.

The Supreme Court of Florida has appointed me along with a bevy of state law luminaries to its Committee on Privacy and Court Records. You can read the Administrative Order (.pdf) and the Press Release. There is also a useful webpage with background information.

The tension between online public access to court documents and privacy raises really hard questions for which I have no ready answers. As an abstract matter it isn't easy to say why if a record is 'public' in the sense of being available in the basement of a courthouse somewhere it shouldn't also be available online for all of us who find it hard to get to that basement. On the other hand, as a realistic matter, some filings – especially pro se filings in family law cases – have lots of sensitive (and basically irrelevant) personal information that could easily enable identity theft. Putting that data online exposes people to substantial risks that it would be good to shield them from.

Florida law on procedure and on technology issues often serves as a model for South American courts, and even for other states. By addressing this issue directly, the Supreme Court is shouldering this responsibility in an admirable fashion.

Judging from the press calls I'm getting, the part of today's order that will get people excited is the interim so-called “moratorium” (expiring not later than July 1, 2005) on the provison of certain information for posting online. But if you read the whole order, you see that the Supreme Court exempts large classes of judicial information from what it rightly calls a “limited” moratorium—so at least at first reading it is hard to see what legitimate interests will be seriously harmed by this temporary order.

If You Don’t Ask, You Don’t Get. But Some Things You Shouldn’t Ask

In my experience, law students are generally nice people, and no more unreasonable than any other slice of the population of similar age and background. But there are exceptions.

END_OF_DOCUMENT_TOKEN_TO_BE_REPLACED

While I was at FSU, my interesting and charming host at FSU, Jim Rossi, asked if I couldn't have some way to send out an e-mail when I update the blog. This turns out to be slightly more complex than I expected, but I think I've got a method that should work. Use this link , or look in the right margin under “Automatic Discourse”. Personally, I am using a news aggregator to read blogs now, but not everyone is up for that.