Posted on September 15, 2020 by Michael Froomkin

My first post, A New Blog, wasn’t much, but I think this early post, Rose Burawoy, Political Scientist (Sept. 23, 2003), is worth a re-read from time to time. Were the signs of today visible then? I can’t say that I saw it coming, but I was already a bit nervous.

Posted on September 27, 2018 by Michael Froomkin

This doesn’t speak all that well for Dreamhost front-line tech support, but this afternoon I got an email from someone higher in the org chart. He explained that the reasons for the crashes were that discourse.net had been moved recently to a server cluster that wasn’t ready for prime time, which is why things went haywire. So just now they moved it back. Allegedly, that should fix the problems I’ve been having with the site crashing 20 times per day, although it means a new IP number.

To be fair, though, the hosting isn’t that expensive.

Posted on September 26, 2018 by Michael Froomkin 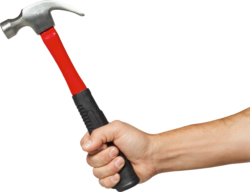 No, this isn’t a post about Bret Kavanaugh’s high school or college drinking. It’s about the blog. It seems discourse.net is getting hammered by bots trying to break in to it, so the site has been up and down like a yo-yo for the past 24 hours or more.

I’ve spoken to tech support, and their only suggestion was to activate Cloudflare.  That comes in two flavors on my host.  One is free, but requires some changes, including to the site certificate.  The other is $120/year, which would practically double my hosting costs.  So I’m going to try to wait it out a bit before maybe changing hosts or something.

Meanwhile, on the subject of Kavanaugh, a friend from Yale writes:

Just for the record, I overlapped with Brett Kavanaugh at Yale Law School. However, I did not know him. The only Kavenaugh I was then aware of in the Yale community was Kavenagh’s, a great burger joint which featured a cheeseburger made with blue cheese. I can testify wholeheartedly to the fine character, intellect, and morals of that burger. Perhaps it should be appointed to the Supreme Court.

Posted in Discourse.net, Law: The Supremes | Leave a comment

Posted on September 15, 2018 by Michael Froomkin

Hard to believe that I started blogging on this day in 2003, fifteen years ago.

I had imagined when I started discourse.net that I’d be writing mostly about the ideas that animate my scholarly work. On the whole, that didn’t work out for me; the level of detail and precision I strive for in academic writing either didn’t translate well to blogging, or just took too darn long and got in the way of ‘real’ work. Instead, the blog became an outlet for legal musings — academic outtakes, if you will — and personal political screeds that ramped up as the nature of the Bush administration torture scandal came into view. Eventually it also became a form of political action for various causes, and an info portal on local elections, especially judicial ones. (Next up: the proposed Florida Constitutional Amendments.)

At one point I was getting thousands of visitors, sometimes in a single day.

But then, one day I decided I wanted to spend more time writing, so I dialed back. I decided I was first an academic, and only very much second or third a blogger, and I wanted to stay that way. I no longer wasted any time on publicity, and stopped making an effort to have at least one post a day. Traffic slumped. As projects like Jotwell and We Robot took more time, blogging languished further. And two rather serious health crises, one in 2010 and one that only resolved itself recently in this past year, brought blogging to temporary, but lengthy, near-halts.

Anyone still reading here is a die-hard, and I thank you. Drop a note in the comments below, or in Who Reads Discourse.net.

There have been 20,316 genuine comments here in 15 years, and I am grateful for all but the trolliest. On the other hand, Askimet reports it has blocked 3,243,190 spam comments, and that doesn’t count the enormous number I deleted manually before installing Askimet. Even ignoring those, that means only 0.6% of comments here have been real? Fortunately, nowadays very little of the spam gets through the filters, so neither I nor anyone else ever sees it. It’s just a work tax on the server.

My second post discussed the origins of a paper I co-authored with my wife, Caroline Bradley, on ‘Virtual Worlds and Real Rules’; I think the paper is still timely and relevant.

My third post could also have gone up last week: I wondered why the dollar was so strong, and bemoaned how hard it is for the individual investor to do currency hedges in an economically sensible way. (It also had what I think was my first comment spam.) Still true, although right now I don’t have a strong desire to hedge the dollar since I would not know what currency to buy instead; the US has problems, but so do most other major industrial nations.

But my fourth post, Rose Burawoy, Political Scientist, the one about my grandmother, well that one both has — and has not — withstood the test of time, and the ways it has not are dispiriting. The torture issue has not gone away: our current Supreme Court nominee could not bring himself to say waterboarding (or worse) is torture. Nor has the federal government been cured of its use of Gestapo tactics: refugee families ripped apart, children in cages, border Hispanics systematically having their citizenship questioned. Local governments are in on it too: the doctrine of qualfied immunity protecting police for a wide range of violent or indefensible actions, Blacks gunned down by police for what far too frequently seems no reason, consent decrees on local policing abandoned by the feds leaving bad departments free to continue to act wrongly, civil forfeitures even in the absence of criminal convictions back in fashion after it looked as if they might be on the way out.

I still don’t think the Nazis will take over America. But they are much more in evidence than I thought possible 15 years ago. We’ve seen them on the streets of Charlottesville, and the President thought that was just fine and dandy, which is hardly surprising since he employs Nazi sympathizers if not outright Nazis. ICE’s Border Patrol employs more than 40,000 officers and agents; their political and social views sound bad, so far they do not show many signs of becoming tomorrow’s Brown Shirts. Then again, who would have thought we would see the Nation’s chief official sympathizing with Nazis in the streets?

Democracy responds slowly to evil, but it often responds. Or, as Dr. King put it, “the arc of the moral universe is long, but it bends toward justice.”

It’s not too late. Yet. That is my story, and so far I’m sticking to it.

Faster, Not Yet Better

Posted on September 6, 2017 by Michael Froomkin

In an effort to avoid thinking about hurricanes, I have cut the load time of this blog by more than 50%.

I could cut it a lot more if I jettisoned the reader map in the right margin, which seems to take a long time to load. But I like the map, even if it reminds me how much traffic is down from the many thousands per month when I was taking blogging more seriously. Second slowest item is probably the trump countdown clock, which I’ve been thinking of cutting anyway. It has two problems: First, it puts the word “Trump” at the top of every page. Second, it’s almost always slow due, I suspect, to the page cache. Besides, I’m not enjoying looking at it: the numbers are too big.

Recently I’ve been posting pretty much nothing but videos. There two reasons. First, to the limited extent I’ve had spare time, I’ve been spending it reading political news with more horror than inspiration. Second, there hasn’t been much spare time: I just sent in a revised first draft of an article that will in due course be published by the Arizona Law Review. Meanwhile I also did a first draft of a conference proposal on some AI issues to send to a co-author. And, last week I discovered that the other conference proposal, on a privacy issue, that I thought was due at the end of this week turns out to be in fact a call for finished papers. Fortunately, I’d already started, but getting to the finish line is taking most of my time at present and seems likely to do so through the coming weekend. After that, another large privacy-related project looms in the distance. Meanwhile, of course, Jotwell is humming along. We recently started a new Contracts section.

I just had to turn down an invitation to speak on AI and robotics in Hong Kong next month because I couldn’t find enough times for all the makeup classes on such short notice. That hurt, as I’d have loved to go. But if you were maybe thinking of asking me to come talk about the exciting things I’m working on, some of which I’ll blog about when they are a little more baked, please be aware I’m on writing leave next semester, and I will have much more flexibility than usual–and, I hope, more work product too.