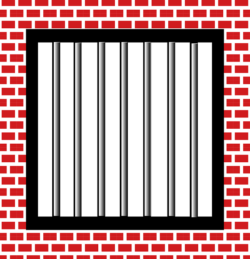 In general, I’m of the view that we have too many jails and prisons (and far too many private prisons!), and that this is an industry, or social practice if you prefer, where supply tends to create demand for reasons economic and social.

But I’ve learned that we are short of one jail we need. In today’s New York Times explainer on executive privilege (a non-constitutional doctrine invented by courts, but don’t get me started), author Charlie Savage has an aside in his explanation of the convoluted and uncertain way in which Congress enforces its finding of contempt by non-cooperating witnesses:

(In theory, lawmakers could also direct the House sergeant-at-arms to arrest recalcitrant witnesses and detain them until the end of its session, but that “inherent contempt” authority is viewed as obsolete; the Capitol has no prison cell and lawmakers have not tried to use this power since 1935.)

So here’s my very modest proposal: Congress should either build its own little jail, or it should contract with a nearby jurisdiction–or a private prison company–to guarantee to hold anyone arrested by the Sergeant at Arms. I doubt they would actually have to use it; rather, having this capacity on tap would provide a much greater in terrorem effect than the current system which requires first that the U.S. Attorney for the District of Columbia take up the case, and second that the court fights over it happen quickly–the latter being highly unlikely.

Surely a contingency contract with a per diem per prisoner if required would be a very minor budget item. Stick it in the reconciliation bill please.

This entry was posted in Law: Everything Else, The Scandals. Bookmark the permalink.