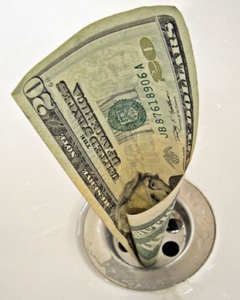 So we spent about $2.26 trillion over two decades in Afghanistan–not to mention the US, allied, and Afghani lives lost or damaged by injuries, and the cost of various sorts of devastation to the Afghan people, and future costs of lifetime care for veterans and future interest on money the US borrowed for the war–and all we got is a Fall of Saigon on steroids.

I may be a broken record here (see bulleted links below), but if you consider that the population of Afghanistan is circa 27 million (it was less 20 years ago, but let’s take that as our back of the envelope number), then we could have paid every Afghan circa $4,185 a year for twenty years instead of invading.

That $4,185 a year is less than the average salary of $18,500 per year [a number I suspect reflects urbanized participants in the modern market economy plus some oligarchs who raise the average], but well above the modal salary of $1,000 per year. If we take the Afghan GNP to be circa $19.5 bn per year, that GNP works out to about $722 per Afghani per year. So our annual $4,185 for every woman, man, and child is about 5.8 times the average GNP per person per year. [While these numbers may seem odd, they may be due to an agrarian country with a child-oriented demographic skew.]

I would bet that the prospect of payments over four times the modal salary and 5.8 times the average GNP per person could have bought you quite a lot more than what we got–had we been able to find a way to pay it to the average Afghani. Those would have been terrific bribes in a country that is not unused to the concept. Might even have bough some serious political reform; it certainly would have paid for a lot of education for girls (and boys) and for construction, driven by bottom-up demand rather than erratic top-down supply.

But that’s not how we roll.

Incidentally, that $2.26 trillion equals about $788 annually, for twenty years, per US taxpayer (using the current 143.3 million number as a ballpark divisor).  I find it much easier to grasp $3,152 last year for the four taxpayers in my immediate family as representing US’s out of pocket costs than some number of hundreds of billions, not to mention the trillions over time.

1 Response to Greenbacks vs Gunboats