Posted on November 5, 2020 by Michael Froomkin 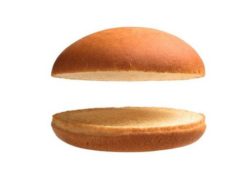 So the prognosticators say Biden will win PA, and then it’s over.  Nevada would be icing; Georgia would be a second helping.  Arizona likely his too, although the math is a bit odd there.

At that point, the issue is whether the Trump forces have a colorable legal argument, and if not whether they have the stomach for insurrection.  I can’t speak to their stomachs, but I can maybe speak to the legal issue, even though I am not by any stretch of the imagination an elections lawyer.

And so far, I’m not seeing anything.  Indeed, the best summary I’ve seen of the Trump litigating position is this:

“A lawsuit without provable facts showing a statutory or constitutional violation is just a tweet with a filing fee,” said Justin Levitt, a professor at Loyola Law School in Los Angeles.

I understand the wisdom of the old saying, ‘nothing ventured, nothing gained” but in this case, I think it’s more a case for Prof. Billy Preston:

So far, these lawsuits look like desperation ploys, nothingburgers, perhaps filed with some hope that the Supreme Court is so partisan it will bail out the losers. But it’s not in the Court’s interest to do that: it can go eviscerate the New Deal, and the Great Society, plus any later add-ons, and can do it all quite happily without Donald Trump, especially if Mitch McConnell will block any legislation much less more fundamental reform that might get in their way.

This entry was posted in 2020 Election, Law: Elections. Bookmark the permalink.