No, We Don’t Think She’s From Florida, Why Do You Ask? 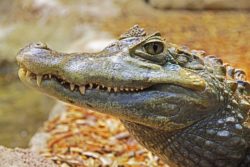 Woman killed after trying to pet alligator. File in the stranger-than-fiction department:

This is only the third known alligator-caused fatality in South Carolina’s modern history, so how could the woman be expected to know that petting an alligator was a bad idea?

This entry was posted in Pets. Bookmark the permalink.