The Rise of Robot Governance 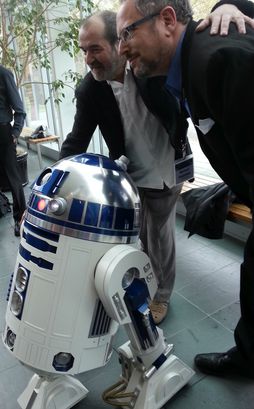 net.wars: Multiplicity has the best write-up of We Robot 2015 that I’ve seen yet.

[David] Post led the discussion to broader questions: if you’re going to intervene in the development of new norms and law, when do you do it? How do you do it while remaining flexible enough to allow the technology to develop? Particularly with respect to privacy and teens’ willingness to share information in a way that scares their elders, “Could we have had that conversation in 1983?”

This is the heart of We Robot: the co-chairs, Michael Froomkin and Ryan Calo run the conference precisely to try to get ahead of prospective conflicts. So Froomkin’s answer to Post’s question was to note that being “in the room” matters. Had “just one lawyer” been present when engineers were creating the domain name system its design could have been different because that lawyer would have spotted the issues we have been grappling with ever since. “People with different backgrounds and perspectives spot problems,” he said, “and also solutions.” And, he added, those changes are easier at the beginning, when there’s less deployment and less money invested.

And yes, as I said at the conference, one of the main things I’ve learned from 15+ years of Internet policy research is that ‘Who is in the room’ when decisions are made is about as important as anything else.

(The photo is of Tony Dyson, the designer of the original R2D2 (top left), and two other happy happy conference-goers.)

This entry was posted in Robots, Talks & Conferences. Bookmark the permalink.