Posted on December 6, 2011 by Michael Froomkin 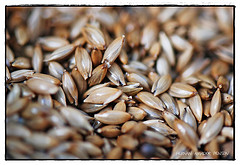 Only in South Florida could a police officer be fired for the attempted spreading of birdseed in a boss’s office.

Because, as South Florida readers will surely have guessed, the bird seed wasn’t a prank but a bit of black magic. Let’s cut to the Miami Herald’s account:

The North Miami Beach police officer accused of trying to cast a Santeria spell over the city manager’s office to stop him from slashing police jobs was fired Monday.

Her attorney insisted the officer was simply behaving in a “lighthearted nature” and argued the publicity surrounding the Santeria escapade would hurt the veteran officer’s chances of getting another job.

According to an internal affairs report, Torres tried to recruit the help of a janitor to sprinkle birdseed in the manger’s office. Torres believed the birdseed held mystical powers which would make the city manager “go away.”

The janitor refused to carry out the birdseed plot and reported Torres to her boss.

An office manager with the police department was also fired after the janitor told city officials she was involved in the birdseed plot.

This sort of thing is almost routine down here, although I’ve never before heard of birdseed being used in an office to prevent a reduction in force. Usually it’s dead chickens on the steps of the courthouse to influence the outcome of a trial.

That said, there’s almost a nice legal issue here. On the one hand, if spreading the birdseed had no religious aspect, it’s hard to see how a prank of this nature would have triggered this dismissal. On the other hand, does making this a firing offense require the City to take a view as to the likely efficacy of the curse? Or of the propriety of invoking Santeria? I don’t think so: the malign intent plus the attempted break-in probably suffices, but it does lead to a few hypos.

Suppose the facts were different.

Version 1: Imagine that the facts were that the janitor overheard the police officer praying in church for the Lord to smite the city manager. Same result or different?

Version 2: The police officer carried out a curse ritual in some other minority religion — say, Satanism — that allows curses to be conducted entirely off the premises. Same result or different?

Version 3: The police officer attempted to enlist the janitor in an effort to put a banner in the City Manager’s office saying “NO CUTS”. Same result or different?

Version 4: The police officer attempted to enlist the janitor in an effort to put a “secret Santa” gift in the City Manager’s office. Same result or different?

What these examples try to get at is whether it the attempted intrusion + the curse that makes this an offense, or just one part or the other. I think most people would say (1) is not a firing offense. I would be prepared to argue that (2) is not a firing offense either, on First Amendment grounds. (3) is the hardest call for me. Breaking into people’s offices seems like it could be a good neutral principle for firing police officers. But shouldn’t that make us also ready to fire in case (4)? If pushed I could maybe invoke some theory of implied consent for the gift, but suppose that it wasn’t a gift, but prank Halloween decorations or something. Would that be a firing offense? If your answer is that (4) is not a firing offense, why does adding an intent to cast a curse change the facts? Or would you say that (2) — the Satanic curse with no attempt at a break-in — was a firing offense also? Then why not (1), the plea for divine smiting, as well?