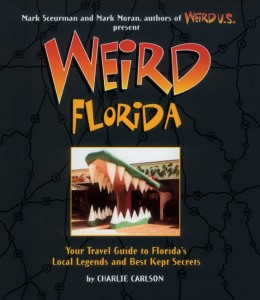 The editor of the Sarasota Herald-Tribune, on Florida’s Gulf Coast, is reported (!) to have issued what is widely being called the world’s greatest journalism job announcement touting the virtues of their newsroom — and the joy of reporting in the target-rich environment which is Florida.

We want to add some talent to the Sarasota Herald-Tribune investigative team. Every serious candidate should have a proven track record of conceiving, reporting and writing stellar investigative pieces that provoke change. However, our ideal candidate has also cursed out an editor, had spokespeople hang up on them in anger and threatened to resign at least once because some fool wanted to screw around with their perfect lede.

We do a mix of quick hit investigative work when events call for it and mini-projects that might run for a few days. But every year we like to put together a project way too ambitious for a paper our size because we dream that one day Walt Bogdanich will have to say: “I can’t believe the Sarasota Whatever-Tribune cost me my 20th Pulitzer.” As many of you already know, those kinds of projects can be hellish, soul-sucking, doubt-inducing affairs. But if you’re the type of sicko who likes holing up in a tiny, closed office with reporters of questionable hygiene to build databases from scratch by hand-entering thousands of pages of documents to take on powerful people and institutions that wish you were dead, all for the glorious reward of having readers pick up the paper and glance at your potential prize-winning epic as they flip their way to the Jumble … well, if that sounds like journalism Heaven, then you’re our kind of sicko.

For those unaware of Florida’s reputation, it’s arguably the best news state in the country and not just because of the great public records laws. We have all kinds of corruption, violence and scumbaggery. The 9/11 terrorists trained here. Bush read My Pet Goat here. Our elections are colossal clusterfucks. Our new governor once ran a health care company that got hit with a record fine because of rampant Medicare fraud. We have hurricanes, wildfires, tar balls, bedbugs, diseased citrus trees and an entire town overrun by giant roaches (only one of those things is made up). And we have Disney World and beaches, so bring the whole family.

The Political Animal (Steve Benen) posting that I linked to above has other reasons why Florida is so great for journalism.

I’m reminded of a comment — that I want to attribute to Dave Barry because even if he didn’t say it, it sounds like he should have — that Florida is what you get when you pick up the country and shake it: all the nuts fall down to the bottom.

Plus, I can’t help wondering why the Herald is so lame.

(Thanks to Ann Bartow for the original link to another version of this announcement.  It’s everywhere.)

This entry was posted in Dan Froomkin, The Media. Bookmark the permalink.