Snowed Out of Miami 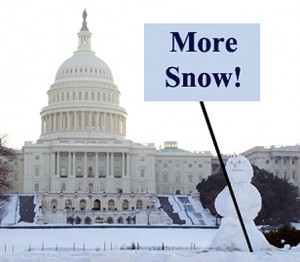 I was supposed to be at a small roundtable discussion with the General Counsel of the Department of Commerce this morning, called to discuss the DoC’s “Green Paper” Commercial Data Privacy and Innovation in the Internet Economy: A Dynamic Policy Framework.

But it seems they had a little snow in DC last night, and around 11pm last night I got a message that General Counsel Cameron Kerry’s flight got scrubbed, so the meeting had to be canceled. It’s fairly rare for US Government traveling road shows on issues relating to Internet policies to come south of Atlanta (if that), so I was looking forward to this and even rescheduled a class so I could attend, which is a significant burden on my students. There’s a remote chance the meeting may be rescheduled, but I’m not optimistic.

Meanwhile, I get to go to New York next week and at least freeze.  But the forecast currently is only for light snow.

This entry was posted in Law: Internet Law, Talks & Conferences. Bookmark the permalink.

1 Response to Snowed Out of Miami