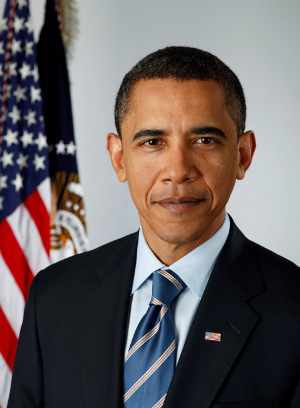 This is a happy day.

We look forward to an historic moment at noon today: We eagerly anticipate the symbolic if not yet fully actual fulfillment of a national commitment to racial equality begun in the Civil War, largely shelved for two generations, then resurrected and now not perfected but nonetheless made more real and meaningful more quickly and assertively than one might have reasonably imagined. Lincoln's Bible will be there, providing a tangible link to the time when promises, unspoken and sometimes unintended, were nonetheless made and are now in some essence redeemed.

How then to so mar the occasion by a counter-symbolism of an invocation by a true homophobe? Let us not mince words: Pastor Rick Warren is by his own speech and actions revealed to be phobic about gay people. Until recently, he even seemed proud of it. That is his right, but not a great qualification for a so visible supporting role in this national pageant. Anyone could be forgiven for thinking that Warren's participation tarnishes a celebration that should have been the apotheosis of equality, the inauguration of a President ethnically and culturally both black and white, a man able to identify himself as black, to be so identified, and still win a landslide in America.

But perhaps we are not so unfortunate to have Rick Warren as a cautionary specter. Equal treatment for all under law remains one of the critical moral issues of our times. Discrimination against black people did not end when we elected Barack Obama; it will not end when we inaugurate him, it will not have ended when he retires from office. So too, only more so, for the next chapter in the progress of our march towards the realization of our fundamental national ideals, the equal rights of gay people. Barack Obama did not campaign on a platform of equal marriage rights, and although he lent his support to civil unions it was in the end treated as a divisive state issue far from the heart of his campaign. Rick Warren symbolizes a part of the work we have left to do. 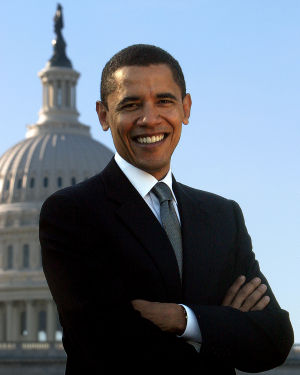 President-elect Obama has studied his predecessors, both the great and the late. Lincoln is not his only model; already we see signs of Reagan and, yes, even the small better fraction of Nixon. ''Watch what we do, not what we say,'' Attorney General John Mitchell famously advised reporters at the start of the Nixon Administration. Perhaps we, the audience, should vow to apply that test. Then again, both during and after the campaign, President-elect Obama vowed honesty and transparency and truth. And indeed, the Obama transition team last week reiterated in the most unequivocal terms its commitment to abolishing the “don't ask, don't tell” policy for the military. Given that it is entrenched in law, 10 U.S.C. § 654, that may require more than the stroke of a pen, although certainly the existing rules could be weakened without an Act of Congress. Let us hope that President Obama remembers Bill Clinton's first mistake. Clinton had campaigned more clearly than Candidate Obama on a platform of equal rights to wear the uniform. But when faced with generals who objected strenuously, President Clinton backed down. Similarly, we look forward with relief to the speedy redemption of another campaign promise related to basic justice and decency: the closing of the prison camp at Guantanamo Bay. Let it be done more quickly than all deliberate speed.

President-elect Obama has made a great show, in the last two weeks, of ostentatiously consulting those who are not his natural friends: conservative columnists, Senator McCain, other Republicans. Insofar as a charm offensive can moderate their opposition, this may be good; insofar as it might mean trimming to the prescriptions of those just rejected decisively by an electorate, one is less charmed. Speaking more softly, showing a conciliatory mien, can be great things if they do not stand in the way of (or, better yet, mask) bold actions. And, yes, consultation is not endorsement. But our reflexes are well-trained: as the Presidency has become more Imperial, less democratic, symbol has been one playing field on which policy wars are fought, and thus symbol has come increasingly to signal substance.

For now, those of us far outside the Beltway can only applaud, then wait and see. Perhaps, as words turn into law and regulation, we will be able to relax about the occasional clanging symbol, unfortunate pal or oppositional adviser; that indeed would be a sign of a revitalized democracy.

Meanwhile, as we celebrate the end of eight years of misrule, and the inauguration of a President whom history and circumstance suggest may have greatness thrust upon him, and who shows signs of being fit for the truly overwhelming challenges to come, we can only pledge to try to avoid the twin pitfalls of blind approval and a rush to judgment; to hope, but not blindly, but yes, to hope.