The New York Times has a story on HRC's continuing all-out campaign, Clinton Running Hard as West Virginia Votes, which it illustrates with one of the (unintentionally?) funniest campaign pictures of the season: 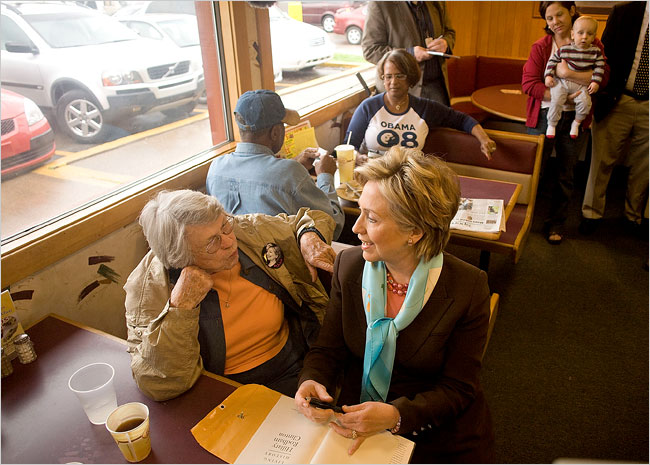 Have a good look at the table behind Senator Clinton. Click the image for a bigger picture if you need one.

I'd love to know the back story here. Is this an accident? Does the Obama campaign have people in Obama gear who follow the candidate around to get in the shot? Did the photographer notice?

Whatever the facts, it's sort of a metaphor for the troubles of the Clinton campaign.