Self-indulgence time. Michael said that I could post one picture of my dog, Barley (’cause he drove me to drink) on this site. B Dawg is mostly black lab and about a year old. I rescued him in April from Miami-Dade Animal Services, as featured on Animal Police Miami on Animal Planet. I haven’t exactly mastered my little Nikon Coolpix, which I purchased just to take pictures of Barley, so the picture ain’t great, but it shows Barley’s personality. 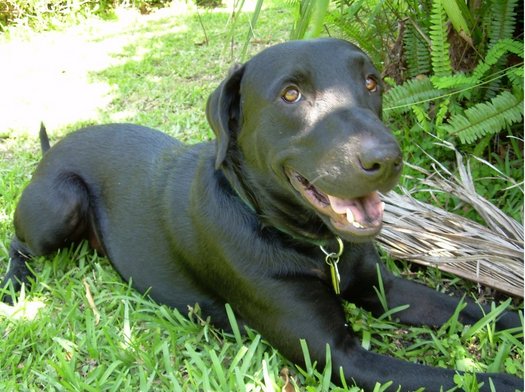 This entry was posted in Pets. Bookmark the permalink.