One thing that’s struck me about the NY Times for well over a decade is the extent to which they manipulate the sorts of photos they run of people. When they like someone, they run flattering pix; when they don’t like someone, they pick photos that make the person look bad. And there are so many ways to do it, too.

A particularly striking example of the genre appears on both the front page and page A18 of today’s paper, in which GOP Senate candidate Katherine Harris is portrayed as even dopier-looking than normal. 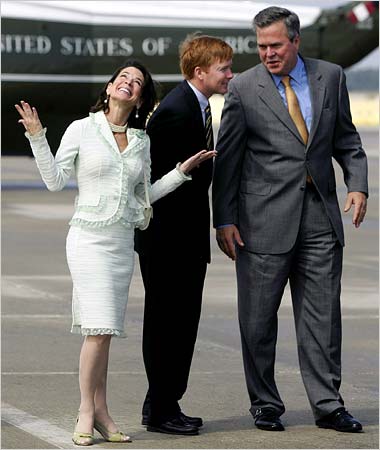 Admittedly, I too think she’s awful, but I’m sure that the paper wouldn’t permit such overt editorializing in a news story. And yes, I do get the argument that since the picture is factual, it actually happened, it’s not editorializing. I just don’t buy it.

This entry was posted in The Media. Bookmark the permalink.