How Others See One

Posted on October 8, 2005 by Michael Froomkin

It’s always a bit of a shock to find out how others see one. Take, for example, this World of Warcraft avatar that Dan Hunter picked to represent me to the audience at State of Play: 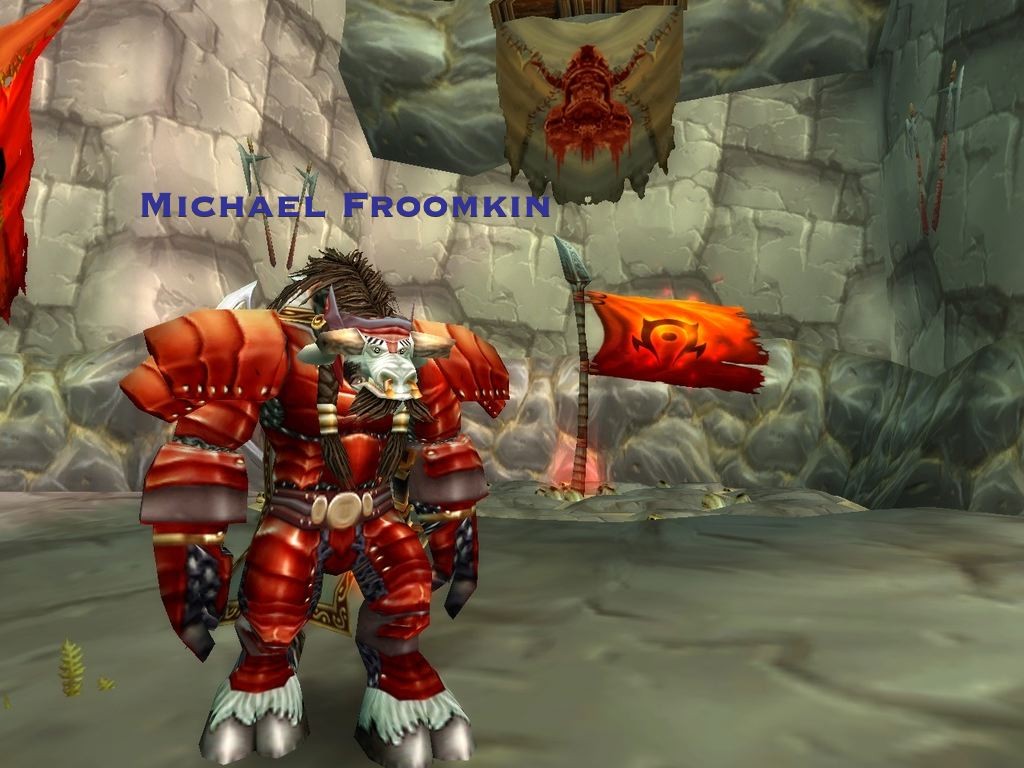 I will try to post a tidied text of my talk soon.

[Update:] It seems that I’m a Tauren, and maybe that’s not so bad:

The Tauren are huge, bestial creatures who live in the grassy, open barrens of central Kalimdor. They live to serve nature and maintain the balance between the wild things of the land and the restless spirit of the elements. Despite their enormous size and brute strength, the remarkably peaceful Tauren cultivate a quiet, tribal society. However, when roused by conflict, Tauren are implacable enemies who will use every ounce of their strength to smash their enemies under hoof. Under the leadership of their ancient chief, Cairne Bloodhoof, the Tauren allied themselves with the Orcs during the invasion of the Burning Legion. The two races have remained steadfast allies ever since. Like the Orcs, the Tauren struggle to retain their sense of tradition and noble identity.

This entry was posted in Talks & Conferences, Virtual Worlds. Bookmark the permalink.